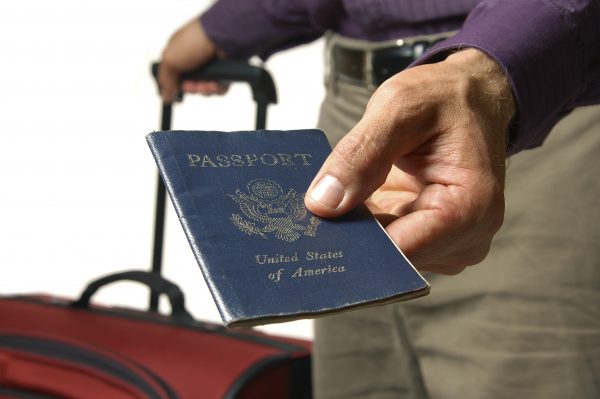 A U.S. passport is accepted at all crossings; whether it is by land, sea, or air. Some countries may not require a passport for entry. Nevertheless, it is best to have a valid passport to travel with. Where a passport is not necessary; you can use a passport card or government-issued ID. These other documents must be valid when returning to the U.S.

There is an agreement between the U.S., Canada, Mexico, and the Caribbean that makes traveling less restrictive when it comes to the documents use for entry. These countries are part of the WHTI zone and will accept a passport card or government-issued ID from U.S. visitors. So, not having a passport will not prevent you from going to any of the countries.

Know the document a country will accept before you plan to travel to that country. Even though a passport is not necessary, not any ID is acceptable. For example, Canada may take a NEXUS card for entry, but Mexico will only accept a passport book or card. Even though these countries are in the WHTI zone, the rules for each differ for entry. While some Caribbean countries will accept a driver’s license or state-issued ID as identification.

A “closed loop” cruise is defined as starting and finishing at the same U.S. port. Even if the trip includes a stop at a foreign country, it is still a closed loop. Closed loop cruises do not require the passengers to have a passport. The necessary identification required is proof of citizenship. Minors can use their birth certificate and adults a government-issued photo ID like a driver’s license. However, you should still carry a passport if you have one. It is best to take your passport just in case of emergencies.

If your trip includes any U.S. territories, you can go without a passport. Going to a U.S. territory is considered not leaving the states even though it is a foreign country. You can use a government-issued ID for identification purposes and entry. TSA will accept a military ID, driver’s license, or a permanent resident card. The U.S. territories you can visit using any of the ID mentions are Guam, Puerto Rico, American Samoa, and the U.S. Virgin Islands.

The document you will use to travel to a neighboring country will be on the type accepted by the country. Know before you go which is necessary, but if you have a passport, it will work for all the countries. The other options you may use will vary. Any U.S. territories will accept your driver’s license or your green card. However, other nations will take a passport card instead of a passport book. Know this information before you go and avoid getting denied by immigration because of improper identification.